Pic Stories a picture is worth a thousand words

People from my travels – India

I have been honing my skills at people photography during this fall trip to India.  Environmental portraits tell stories of people. Here are a select few. I have added technical information where I could,  for those with interest in photography.

These two girls were on the road side in the heart of Jaipur and I was driving the Jeep up a steel incline towards the Fort.  I stopped pulled out my camera, held up the traffic, turned on my charms and asked the two kids if they would smile for a picture. They obliged – what an infectious smile and I managed to capture its intensity.

Traveling through North India, we drove in from Agra to Jaipur and then to Delhi. Jaipur, also known as the pink City is  a place of legends, of history, forts and palaces.  A city with a riot of colours, bright and aggressive at that. Reds and all warm shades dominate the clothing. Here I have captured a snake charmer and his assistant, all in fine hue of orange. I clicked from all angles and with wide aperture to ensure the backgrounds were not cluttered. My new Tamron f 2.8 lens shows up its sharpness even when wide open. Generally if you need to click quickly, I prefer using smaller apertures,  say f8 or so, to avoid focusing problems as you need to click very quickly (often from the hip) and later adjust in RAW or photoshop.

These guys were so used to the tourists clicking their pictures (they expect you to drop a few bucks) they pose better than many professional models I know. Their choice of colours, clothes and that far away look in their eyes, all spoke volumes. Even the snake (Cobra) seems to have learn the fine art of posing. 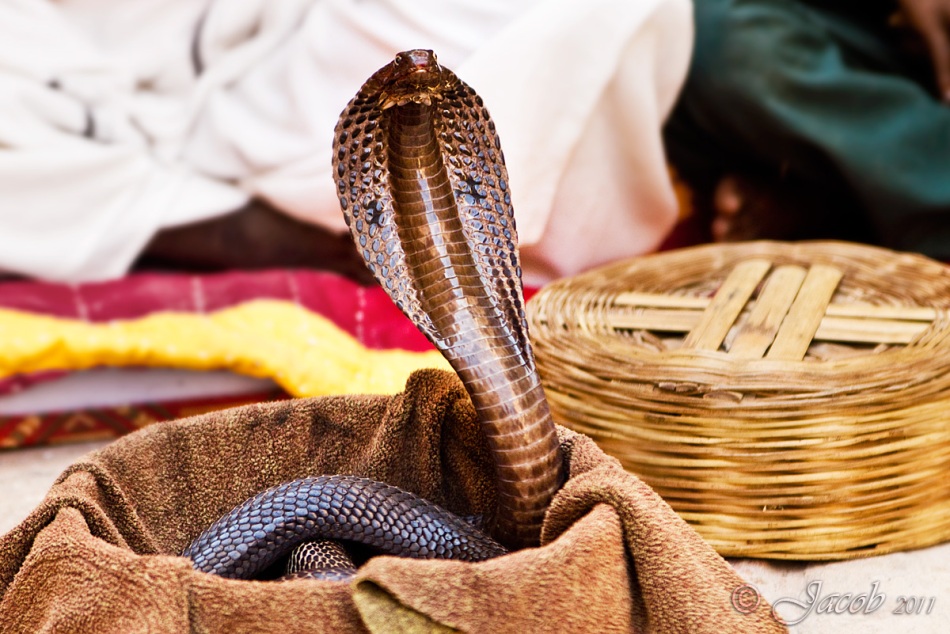 The morning commute in rural Rajastan. I shot both these from the car window. On the left it is amazing to see the cyclist stop as the Sun rises to offer his prayers on his way to his work place.

On the right – not exactly the GO bus, but seem to serve the purpose

This vendor had some fine merchandise – from Pashmina shawls to hand made wool and silk carpets. Good prices too, but because there are guarantees about their authenticity. So strangely like many other people we go into an established brick & mortar shop and pay a higher price. To get an environmental portrait like this, one needs to approach and communicate with the subject. Took it at f8 to get everything in focus

The head gear, as you will see from many of these pictures seems mandatory and that with the brightest colours you can find. 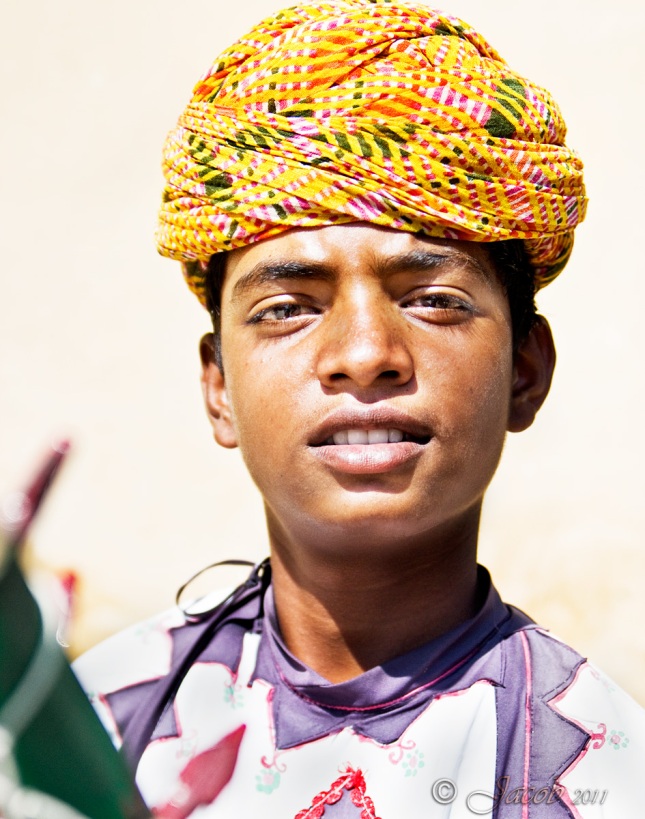 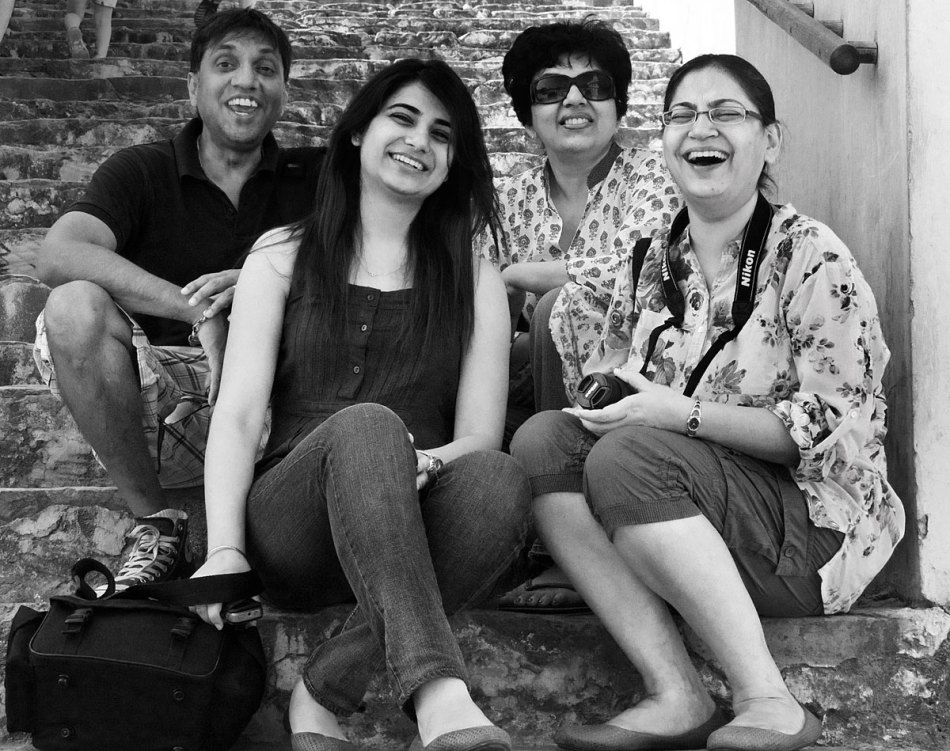 On the steps of the Amber Fort. Jaipur is full of history and stories of the past. 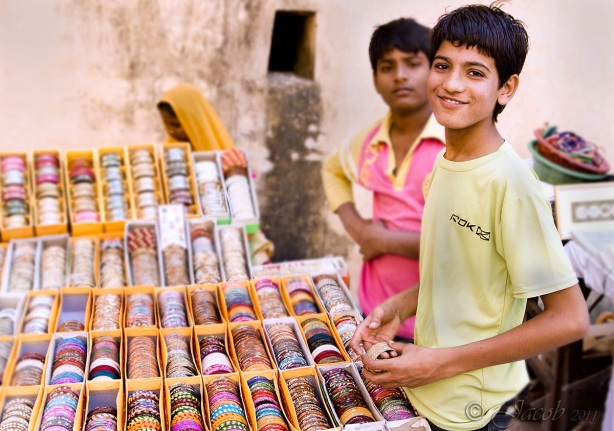 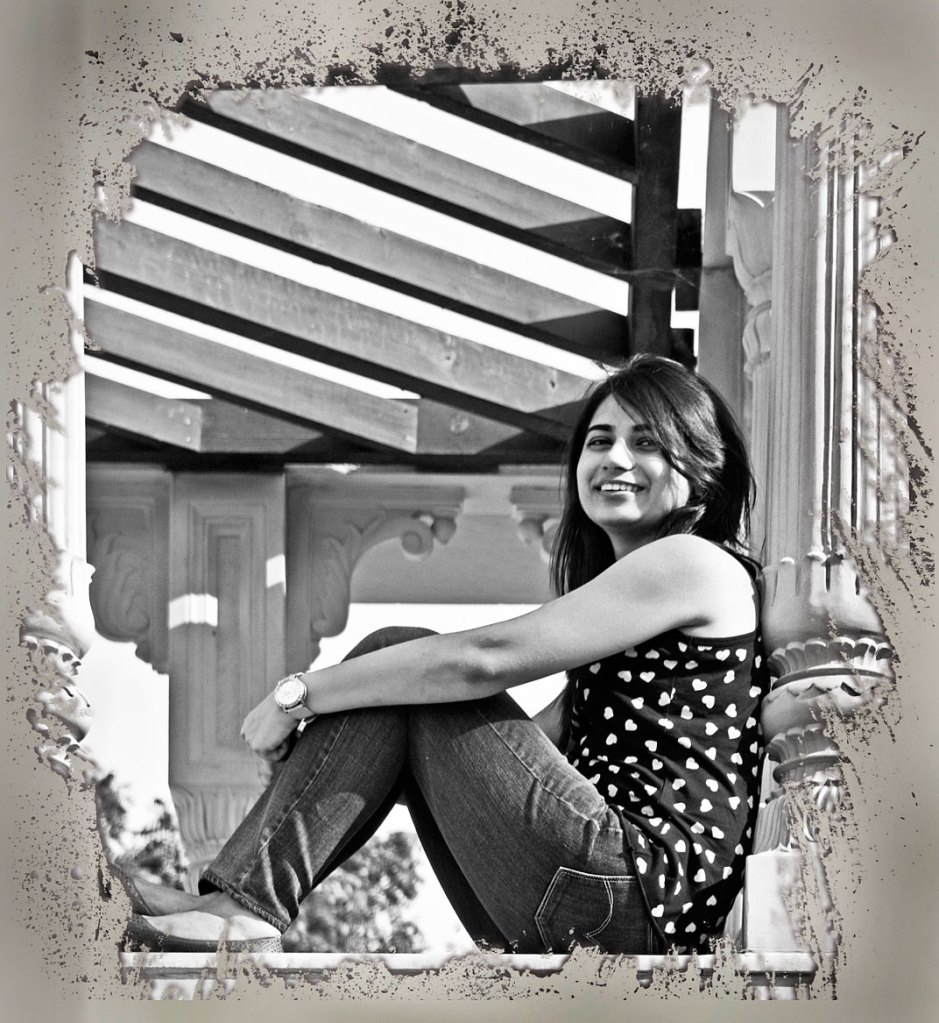 Shallow depth of filed helped focus on the three people in the midst of a crowded bazar who were the key players in the unfolding story. Going by the environment, expressions and positions you can almost guess the exchange between these three

My wife was trying on some of the alterations to her dress this tailor made and you can see her in the reflection behind him.

Parasols from a local market.

The elephant ride up the steep slope to the actual fort is a spectacle in itself.

At the entrance to one of the monument, a henna artist at work

The child though not photographically emphasized, forms the key element in this picture

A Rajastani shopkeeper displaying his wares

The ladies out shopping for handmade tribal wall hangings 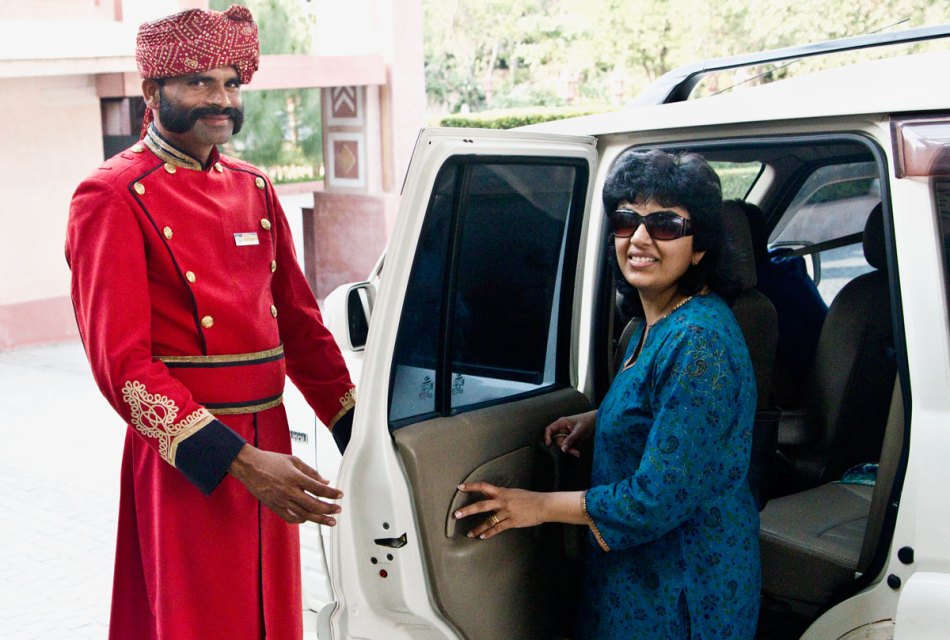 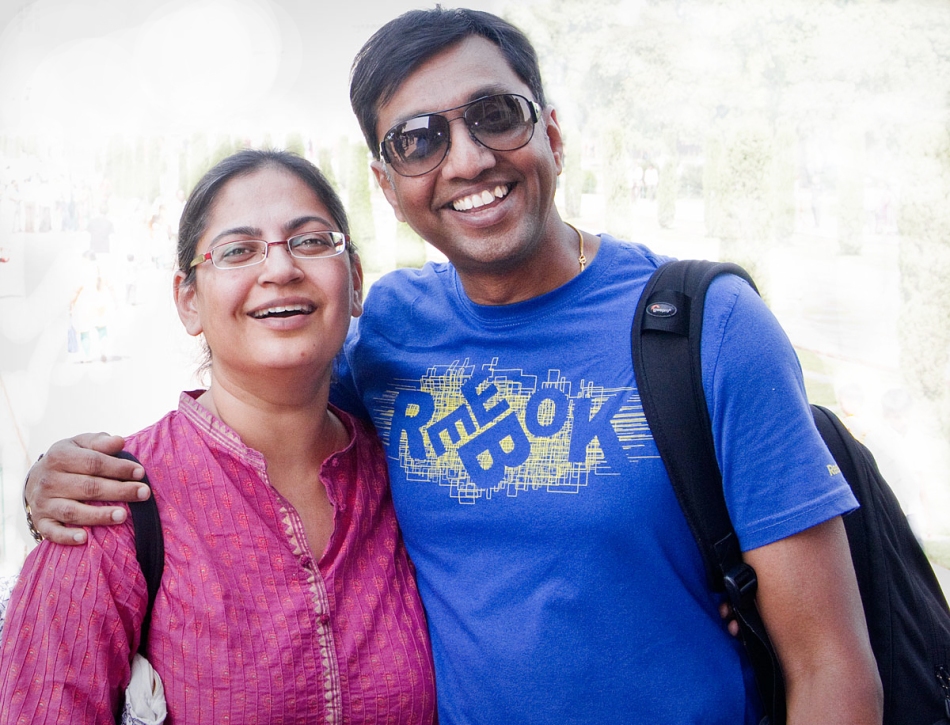 This entry was posted on November 28, 2011 by jacobs4blog. It was filed under Uncategorized .